Scruffy gets a bad fright when he thinks he sees a ghost in the countryside. When the rest of the Sarecrows come across the scary figures, Owl investigates. All the animals work together to solve the problem. 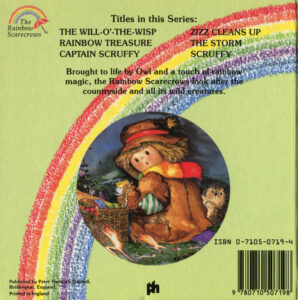