The little scarecrow, Scruffy, is lying in a ditch when he’s suddenly touched by a rainbow. He’s thrilled to come to life, but soon discovers that life is full of adventures and challenges when you’re Rainbow Scarecrow. 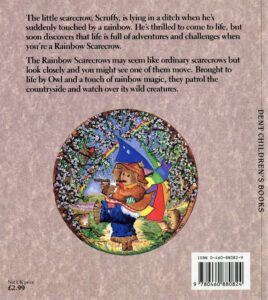 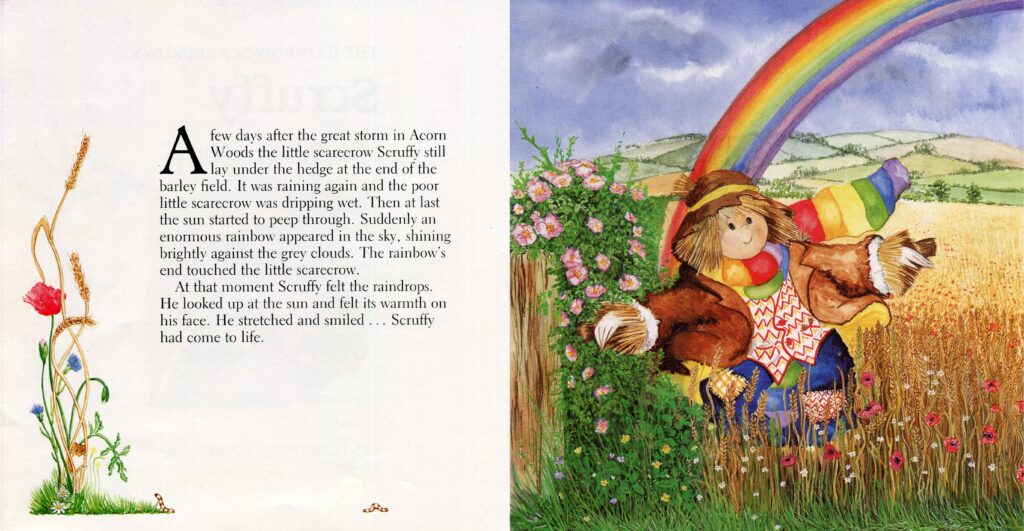