Simon can’t play with his new friends because his mother has so little money to spend on luxuries lik a bicycle and other things. When the Rainbow Scarecrows find out, they decide to use a little magic to help. 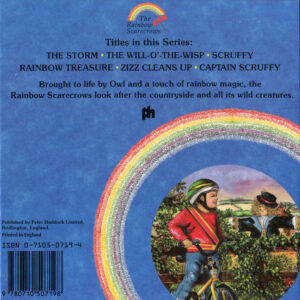