About
Where To Find
About The Author/s
About

Head For The Hills 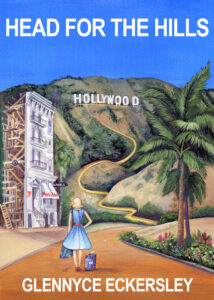 HEAD FOR THE HILLS is a warm and funny eyewitness account of 1960s Hollywood and some of its iconic stars. Glennyce Eckersley’s autobiography offers a unique glimpse into a fascinating period of history.

Leaving her native Manchester to become an au pair Los Angeles in the sixties, she rubbed shoulders with some of the great names of Hollywood.

This is the book cover which I designed and created for Glennyce Eckersley, an international writer.

The book was commissioned by Crimson Cloak Publishing of the USA.

Buy the book from

or order from any good bookshop 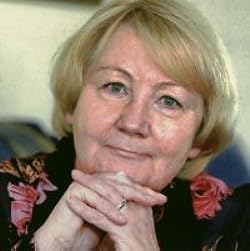 Glennyce Eckersley is an internationally acclaimed writer and broadcaster. She lives in Manchester, in the north of England. Originally science based, she worked for many years in the medical research laboratories of ICI. She took a career break to live and work in Los Angeles for several years, before returning to England.

After marrying and bringing up two daughters, Glennyce changed direction by becoming a member of staff at New Church Theological College in Manchester, a training college for ministerial students in the Swedenborgian denomination. Although not a Swedenborgian herself, Glennyce discovered that many of the philosopher and mystic Emanuel Swedenborg’s teachings related to angels, which gave her inspiration for her own writing. In 2002 she retired from the college to concentrate on her books and media work.

Her first book, An Angel at My Shoulder, was published in 1996 by Rider books, Random House, and quickly became a best seller in many countries. Several more books have followed over the years, including Angels and Miracles, Angels to Watch Over Us, Saved by the Angels, Teenangel and her most recent work, An Angel to Guide Me. She has co-authored three books – An Angel Forever, Angel Awakenings and Believe and Receive –with the American spiritual teacher Gary Quinn. All her books have proved to be very successful internationally, and have been translated into several languages, including Dutch, German, Italian, Russian, Portuguese and Indonesian.

Glennyce appears regularly on radio and television, and is the resident angel expert on the hit Sky Real Lives series Angels. She lectures widely in the UK and abroad, and is a feature writer for the German magazine Engle.